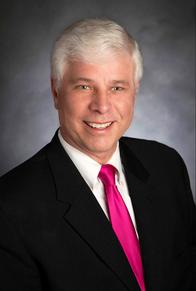 Ed Phillips is an often sought-after expert in the areas of communications, media and business. He offers key elements of his vast knowledge and expertise gained as a television broadcaster, business owner and elected Arizona State Senator.  He helps individuals and businesses become more effective communicators, more powerful speakers and use the media to achieve the best cost-effective results for their business.

For over 30 years Ed was a broadcaster – both radio and television. He was heard on more than 25 radio stations in the Midwest and Arizona. He was a pioneer in Internet broadcasting with the Innovative Arizona Almanac radio show from 2004-2008 and was a pioneer in the field of text-to-voice messaging over 20 years ago. He has made over 20,000 live television appears on NBC, CBS, ABC and Fox affiliates as a popular meteorologist, talk show host, reporter and broadcast personality.  He has conducted over 3,000 interviews with celebrities, political leaders, business leaders and authors.  He has spoken to over 500 different audiences.

Drawing upon his meteorological background, Ed has written 200 related articles and over 25 books including, “Crisis in the Atmosphere: The Greenhouse Factor”. This expertise in the environmental sciences enabled Ed to become a sought-after expert witness for large water and utility companies.

Ed was named Citizen of the Year from the Arizona Innovation Network for his Legislative work. He is an Emmy Nominee for his broadcast work and he has earned a Clear Air Award and Seal of Approval. He has served as an Adjunct Professor for Scottsdale Community College.

Ed enjoys traveling and has been to more than 15 countries on 5 continents as well as 44 states. His lifelong passion for weather is still a hobby. He is the father of two grown sons and resides in Scottsdale, Arizona with his wife, Judi.

B.A. in Aeronautics, Major in Meteorology